This is a composite of seven images I took of the "supermoon" as it was rising over the Santa Rita Mountains on 6/22/13. The term "supermoon" (a popular, not an astronomical term) refers to the moon being closest to the earth on its elliptical orbit, resulting in its largest apparent size. In this instance, the moon was about 20,000 miles closer than its average distance of about 240,000 miles.

Also appeared on “Starship Asterisk,” the main discussion venue for the Astronomy Picture of the Day (APOD)  June 13, 2013. 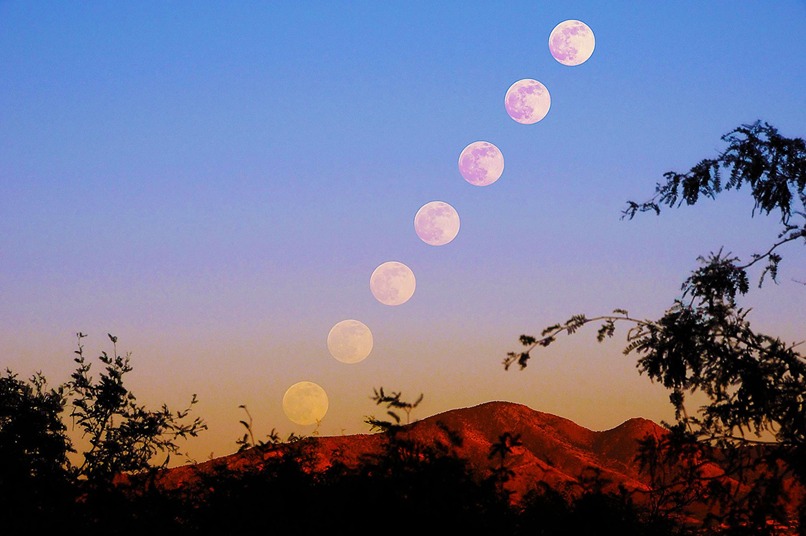